The Gallery of Polish Painting and European Decorative Arts

Room I and II 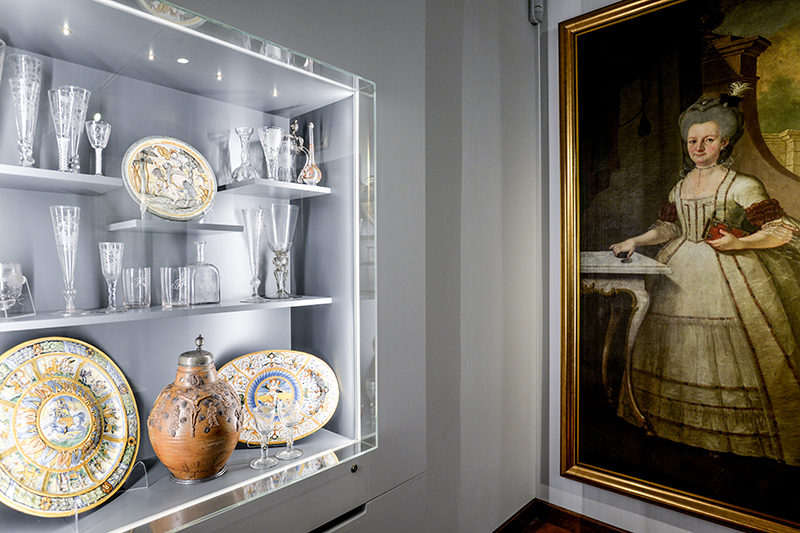 Portraits from the 17th and 18th century coming from the Sarmatist tradition, important examples of which include signed works by Antoni Misiowski, Antoni Mirys and painters from Cracow, such as Baltazar Gołębiowski and Łukasz Orłowski. The exhibition is complemented by portraits of anonymous guild artists deeply rooted in the native tradition as well as artists visibly inspired by Louis de Silvestre – the court painter of the kings, including Augustus II and Augustus III from the House of Wettin.

Baroque glassware from Czech, Saxon, Silesian and Polish plants, including such unique items as a cup of the Altarist Brotherhood or a sizeable toasting goblet. Polish furniture includes a model of an escritoire box, an Elbląg-style chest with line decoration, a trunk of a nobleman and a chest made by brother Hilarion. 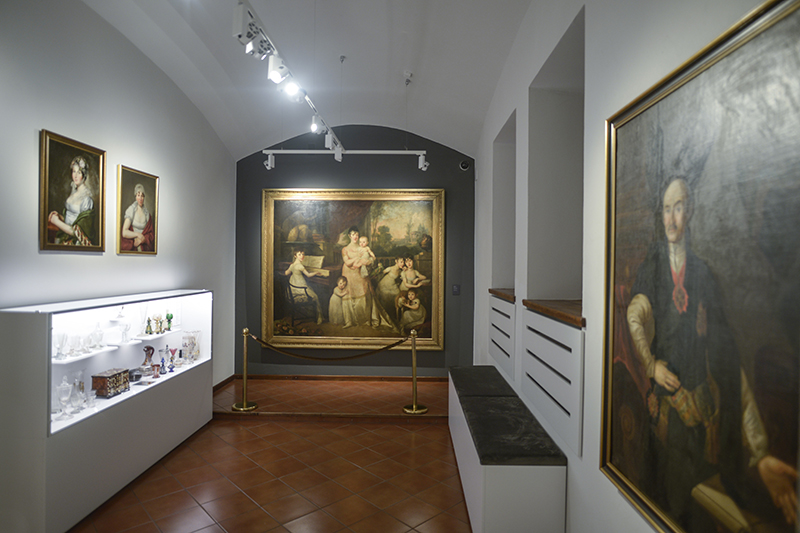 Classical paintings by Johann Baptist von Lampi the Elder, Franciszek Ksawery Lampi, Józef Pitschmann, Józef Grassi. Room IV presents the portrait of the Borch family by Józef Peszka, which is an early example of a group portrait in Polish art. The exhibition is complemented by portraits by native painters, for instance Jan Gładysz and Józef Faworski.

Objects of artisanal handicraft from the period of Stanisław August Poniatowski and the next period, covering the 19th century. They include a Classical Warsaw chest of drawers, a French fireplace clock and a set of historical glassware, such as Silesian items with a special goblet featuring a portrait of a man by Johann Sigismund Menzel. 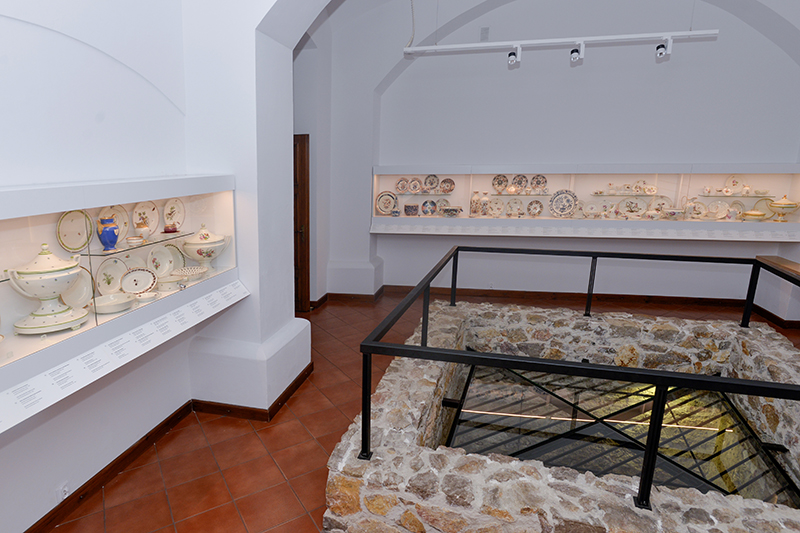 The most precious china objects from the Far East and the first china factories in Meissen, Vienna and Berlin as well as the oldest Polish manufactories in Korets and Baranivka. Special items include Chinese, Japanese and Meissen dishes from the collection of Augustus II the Strong from the Japanese Palace in Dresden, marked with the numbers of his collections, and a cup from the set of the Prussian king, Frederick II the Great. 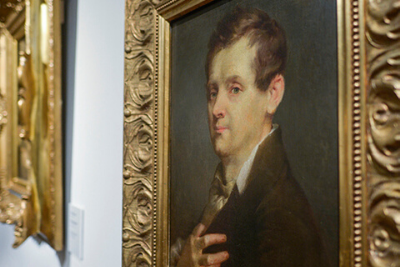 Paintings by Rafał Hadziewicz, one of the most important painters represented in the museum, which has plenty of his works in its collection. They range from religious scenes, including oil sketches, to altar works and portraits, with the Portrait of a Wife in a Wedding Dress (Portret żony w stroju ślubnym) as the most prominent example. The exhibition is complemented by works of Romantic artists, such as Piotr Michałowski, Aleksander Orłowski or Artur Grottger, and works of artists representing Western European Neo-Baroque mood art, for instance Franciszek Pfanhauser. 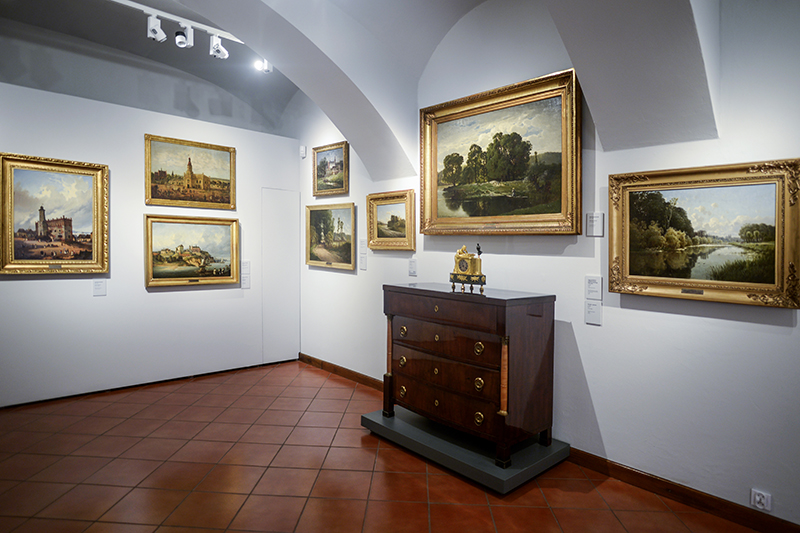 Landscape paintings and landscape and genre paintings by Franciszek Kostrzewski. Landscapes created between 1850 and 1867, such as View of Hebdów (Widok Hebdowa), Return from the Fair (Powrót z jarmarku), Winter Landscape (Pejzaż zimowy), or Hunting (Polowanie) - the latter, made as an illustration to Book IV to Pan Tadeusz, was purchased in 2012. Those paintings are a prelude to the art of Józef Szermentowski – a student of F. Kostrzewski. His work is presented in vedute from the 1850s: views of Sandomierz, Chęcin, Szydłowiec, a view of the monastery on Mount Łysa Góra in the Świętokrzyskie Mountains, and paintings inspired by the Barbizon school, such as: Trees in Puławy (Kępa Puławska), Road to the Village (Droga do wsi) or the Museum’s latest purchase Landscape with a River (Pejzaż z rzeką). Handicraft includes English pottery from the Wedgwood factory in Staffordshire, Davenport William & Co, Ashworth & Bros and Moore & Co, as well as 19th century Ćmielów pottery inspired by its English predecessor.