Wiślica is definitely one of the richest historical complexes of Podnidzie land. Its history dates back as far as the 9th century and is connected with the State of the Vistulans. The Middle Ages were a period when Wiślica flourished, being, as historians say, for royal Cracow what Versailles was for Paris. Due to the joint efforts of historians from various fields, we can today admire the tangible traces of past glory.

The Museum in Wiślica offers all visitors the Archaeological Pavilion, the Vaults and the House of Długosz. You may additionally visit the Gothic Minor Basilica of the Birth of St. Mary from the 14th century, which is at the same time the Sanctuary of Smiling St. Mary of the Elbow-high, the bell tower founded by Jan Długosz in the 15th century, and an early medieval castle from the end of the 10th and the beginning of the 11th century. 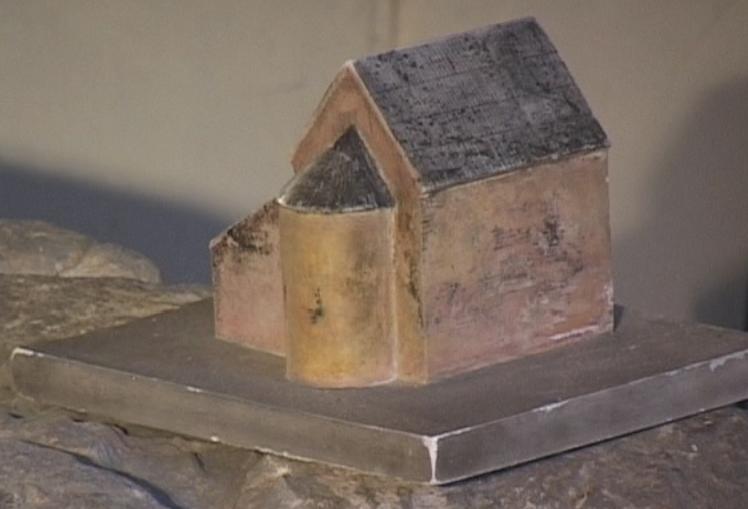 The king had the church built to atone for his sins. Situated directly by an important trade route running from Prague to Kievan Rus, it consists of two parts: the church proper, built on a rectangular plan with a semi-circular apse, and the tomb chapel added in the 11th century. Traces of female burials have been found within the latter, in a place intended only for high-ranking priests.

In the course of the archaeological works, an object invoking great controversies was uncovered – a gypsum bowl with a platform. In the 1960s it was interpreted as a baptistery used for Eastern Rite baptism by the State of the Vistulans. This event is mentioned in the Pannonia Legend contained in the Life of St. Methodius, describing the Christianisation of those areas. It is currently the subject of numerous scientific discussions. 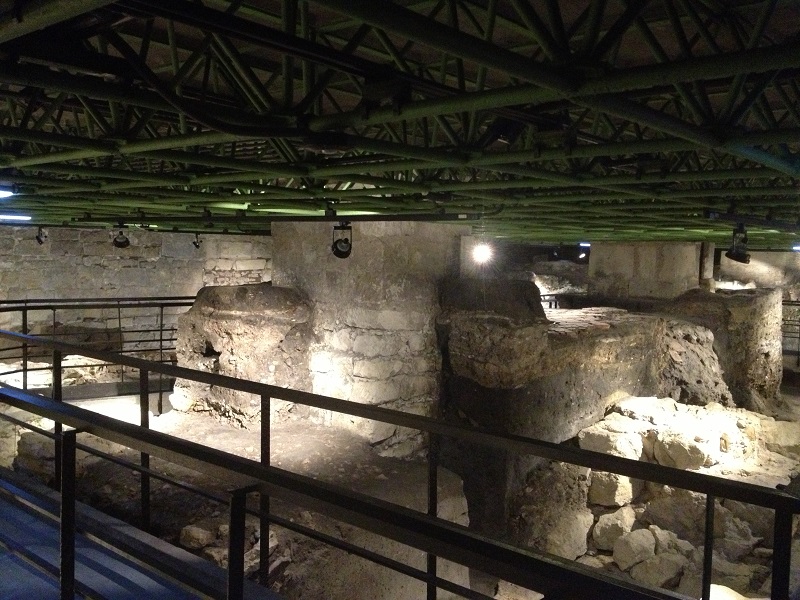 The archaeological reserve under the floor of the current Basilica conceals the remains of two Romanesque churches – both highly precious historical monuments.

The first of the churches was founded by Duke Henry of Sandomierz around the mid-12th century. It was a small single-aisle church with a two-level chancel and a semi-circular apse on the eastern side. Found in its crypts was one of the world’s most valuable examples of Romanesque art – an ornamented floor known as the Floor of Orants (Polish: Płyta Orantów) founded by Casmir the Just and featuring two groups of figures. The work is divided into two figural areas with a decorative border depicting animal motifs, such as griffin, centaur, dragon and basilisk, as well as plant ornaments. The figures portrayed on the floor are most probably its founders and their families: Casimir the Just with his wife Helena Znojemska and sons – Bolesław and Casimir, Henry of Sandomierz, and an unidentified clergyman (perhaps the first provost of the church, the Kraków bishop Gedko or even Wincenty Kadłubek). All this was made of plaster between 1175 and 1177, the ornamentation being engraved into the hardened plaster and later filled with a mixture of plaster and charcoal.

The other Romanesque collegiate founded by the Kraków bishops was built in the 13th century. It was a huge triple-aisle church with a quadrangle chancel and two towers on the western side. Unfortunately, all that survives today is the floor made of enamelled ceramic tiles with decorations depicting rosettes, and the partially preserved walls. 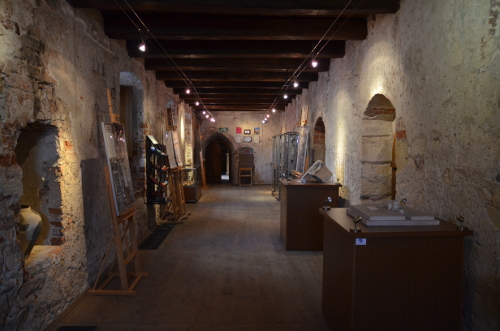 The year 1460 is when a Gothic house founded by that famous chronicler, Jan Długosz, was built next to the collegiate church. It is a two-level Gothic building of stone and brick on a rectangular plan with a basement. It is currently the best preserved House of Długosz in Poland, and it fulfils its original function as a lodging for priests (presbytery) to this day. Because this function has remained unchanged for almost half a millennium, 90% of its original form has survived. The following are the some of the highlights of the interior:

The pass-through entrance hall with an original coffered ceiling;

Basements with an authentic layout of rooms;

Gothic portals (some of them polychromed);