The display shows Stefan Żeromski's childchood in Strawczyn and Ciekoty, school years in Kielce, writings and some aspects of his social and national activity.

This is a reconstruction of a living room from the mansion in Ciekoty. It has been furnished according to memoirs preserved in Nałęczówand Żeromski's descriptions in "Dzienniki" (1883) and "Syzyfowe prace" (1897). Visitors may find here historic furniture, family photographs, some objects belonged to the writer's parents, and sabres similar to those having been kept in Nałęczów. The presentation is completed with documents and photographs connected with the writer's childchood, e.g. the birth-certificate, photographs of Żeromski's parents and of the mansion in Ciekoty (1936). History of the Żeromski family is presented by the genealogical tree and coats of arms.

The national uprising in the year 1863 was a very important issue for the Żeromski family. The writer mentioned it in some of his works: "Rozdzióbią nas kruki, wrony" (1895), "Echa leśne" (1905) and "Wierna rzeka" (1912/1913). This event is also documented with numerous memoirs of these times: photogravures by Artur Grottger Lithuania (1864 - 1866), paintings by unknown authors, historic seals, medals, weapons and cast iron plaque resembling returning property to the peasants announced by tsar Alexander II (1864).

In the school area there is a presentation of a classroom in the National Gymnasium in Kielce: a podium for a teacher, desks, Russian emblem, a clock, historic map of the Russian Annexed Territory, photographs of teachers (Antoni Gustaw Bem and Tomasz Siemiradzki) and Stefan Żeromski's classmates: (Jana Wacława Achajskiego, Jana Strożeckirgo i Edwarda Łuszczkiewicza). There are also numerous objects from location of a film "Syzyfowe prace" and also a uniform worn by students of Gymnasium in Kielce and some documents connected with Żeromsi's school years. There also might be seen pictures of three Żeromski's sweethearts: Ludwika Dunin – Borkowskia (photo.), Helena Skierska (drawn by Szymon Kobyliński 1982) and Helena Radziszewska (by Edward Błyskasz, 1977/78).

The picture of Żeromski's school years is completed with reconstruction of his lodging based on its description in "Syzyfowe prace". There are metal bed with knobs, wicker bookshelf, ceramic toilet accessories, wicker chest and a photographs of three buildings where young Stefan stayed during the school year. Visitors may also find here drawings by Monika Żeromska, a painting by Stanisław Charzyński "Stancja uczniowska" (1922), documents, tableau of Gymnasium students (1870s 1897, 1913/ 1914), letters and newspapers. 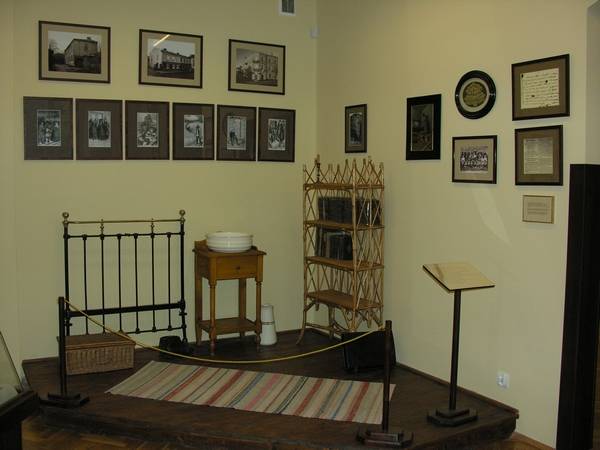 Life and activity of Żeromski is well-documented by his correspondence with prominent people of that time, Kielce citizens and family members. Manuscript material is completed with valuable first publications of the writer's works, and their studies. Although Żeromski's social and national activity is much less known than his literary works we would lalso ike to prseesnt this aspect of his life. That is why we display documents and photographies: from Nałęczów (a member in the board of the "Light" Society) and Zakopane (gathering the book collection of the Public Library and being a President of Zakopane Commonwealth). 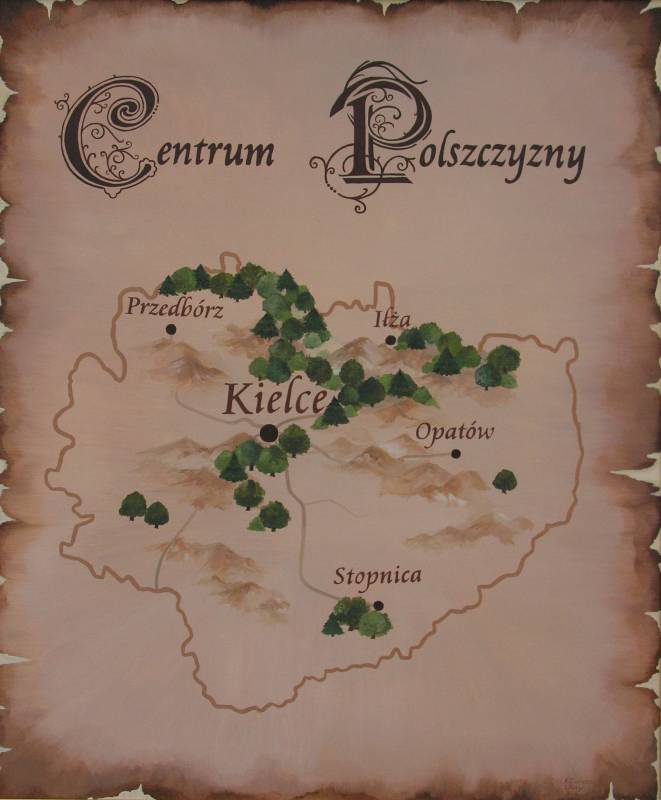 Świętokrzyski Region was described by Żeromski a lot of times and in many different ways. On the exhibition, these descriptions are accompanied by artistic photographs of such places as: Radostowa, Puszcza Jodłowa, Karczówka, Wierna Rzeka, Święty Krzyż, Święta Katarzyna, Park in Kielce, Strawczyn, Ciekoty and Leszczyny. 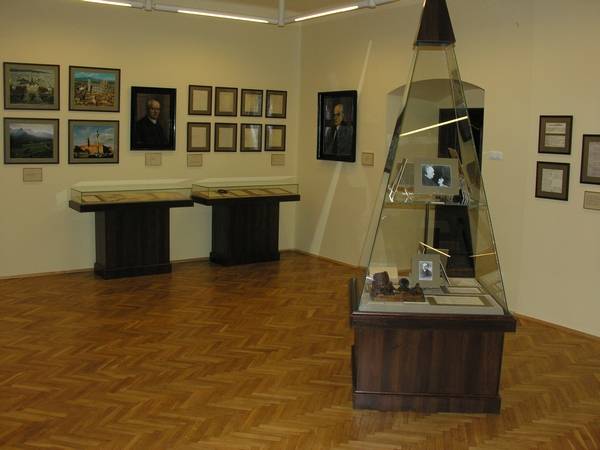 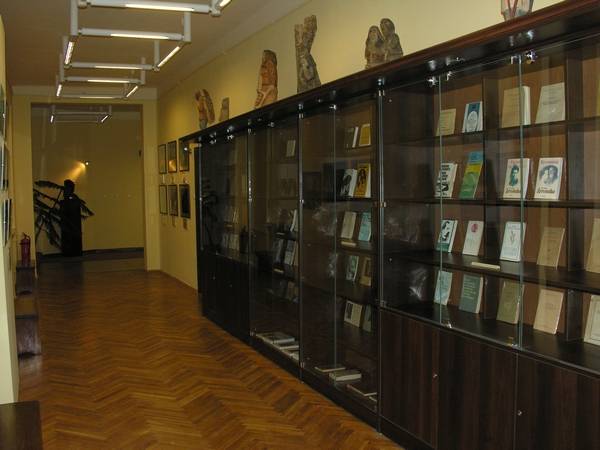